In June 2014, frustrated with the lack of simple, all-natural suncreams on the market, I decided to do some research and came up with a really basic but what I believed would be really effective cream my daughter could use at school, given the requirements for her to have sun cream on at school on sunny days and outings.

When I realised how costly it was to make your own when you're sourcing premium quality natural, organic and unrefined ingredients, I wondered if it would be a formula other parents would like me to make for them too, if they also wanted to avoid the dangerous chemicals and irritants in mainstream suncream for themselves and their children.

I quickly came up with the name, astonished that it hadn't already been trademarked, and offered it to other parents to try, who loved it, and were happy to buy it! A new product was born, and six years later ShadeTM has sold amazingly well on my shop www.not-the-norm.com, has won a number of awards and been featured in an array of magazines and blogs, and is now sold through over 300 independent retailers across the UK and Europe.

What I'm most thrilled about is that it has helped many parents like myself to enable their children to enjoy the sun safely, avoiding harsh chemicals and bad skin reactions, when other sunscreens have failed to do this. 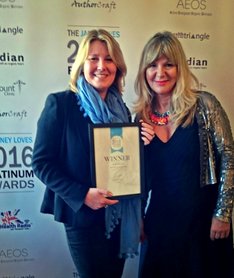 Become a stockist
Find a retailer

ShadeTM was conceived to take us back to a time when life was simple, and our exposure to dangerous chemicals through personal care and household products was limited. Nowadays, there are too many dangerous chemicals that have found their way into mainstream sunscreens, and they in turn have found their way through your skin – into you! If you’re trying to avoid skin cancer, why use chemicals which are proven to cause it?

To us, that simply doesn’t make sense.

At an ideal SPF25, with only 4 ingredients to moisturise and protect skin from the broadest spectrum of damaging UVA and UVB rays, ShadeTM has been developed to keep your skin naturally healthy whilst reflecting 96% of rays that can damage it – and threaten your health.

There is no doubt that we need to protect our skin from the sun, but by the same token, we need some sun to generate an essential nutrient which helps to prevent cancer - Vitamin D. Getting sun is the only way our bodies will make it for ourselves, so our advice is to spend some sensible time in the sun, make use of hats and light clothing BUT if you can’t avoid prolonged exposure, ensure you take your ShadeTM with you!

Please see our FAQs for guidance on using ShadeTM effectively.

Read our blog post 'A Word of Warning About Natural Sunscreens' before switching from a chemical formula!

Keep yourself updated about new natural, effective and non-toxic products.